CSN Mining is the second largest exporter of iron ore in Brazil and is among the five most competitive in the seaborne market.

With certified reserves of more than 3 billion tons according to the Joint Ore Reserves Committee (JORC), the company owns the Casa de Pedra and Engenho mines, the Pires processing complex, shares in the MRS railway and a terminal for the exportation of iron ore at the Port of Itaguaí (TECAR).

The integrated operation and its high-value assets allow CSN Mining to be one of the most efficient companies in the sector, with a leading position in terms of cost and quality.

Created in 2015 from the merger of the mining assets of CSN and Namisa, this company is divided between CSN (87.52%) and a consortium of major Asian steelmakers (12.48%). 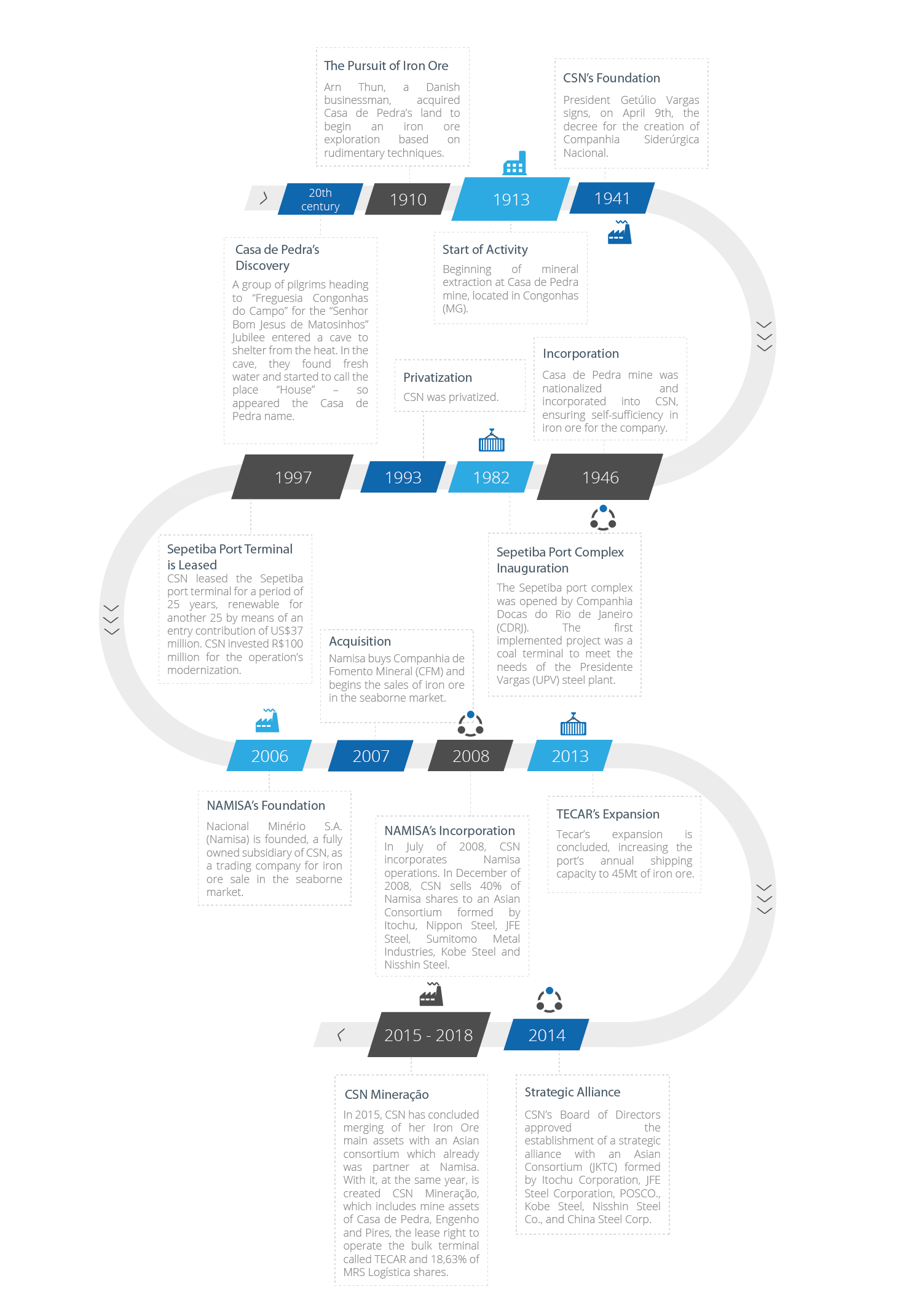 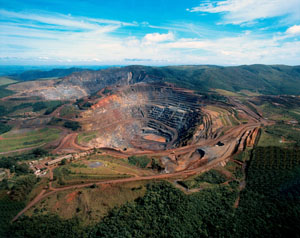 The ore is mined in four bodies and is sent to processing in the Central Plant (wet route) or the Mobile Plants (dry route), located near extraction areas.

Casa de Pedra currently has a production capacity of 30 million tons per year. Products resulting from the beneficiation process are grain, sinter feed and pellet feed.

The ore is transported to the Port of Itaguaí (TECAR) via rail terminals located in Casa de Pedra and the Pires Complex. 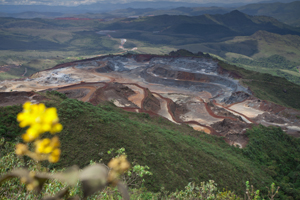 The Engenho mine is located near Casa de Pedra and has reserves estimated at 300 million tons of ore (SNOWDEN certification, 2014).

Pires currently produces grain, sinter feed and concentrates. The ore is delivered by a railway terminal located inside the complex. 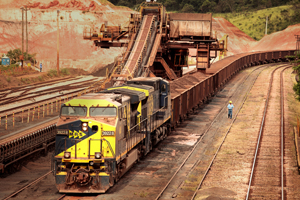 With rail operations in the states of Minas Gerais, Rio de Janeiro and São Paulo, MRS is a concessionaire that operates more than 160 million tons of cargo per year. CSN Mineração S.A. holds 18.63% of the shares in the controlling group.

Domestically, this railroad is responsible for the distribution of iron ore to the Presidente Vargas plant, where it feeds CSN’s own steel-production, as well as to other plants located throughout the southeast region of Brazil. 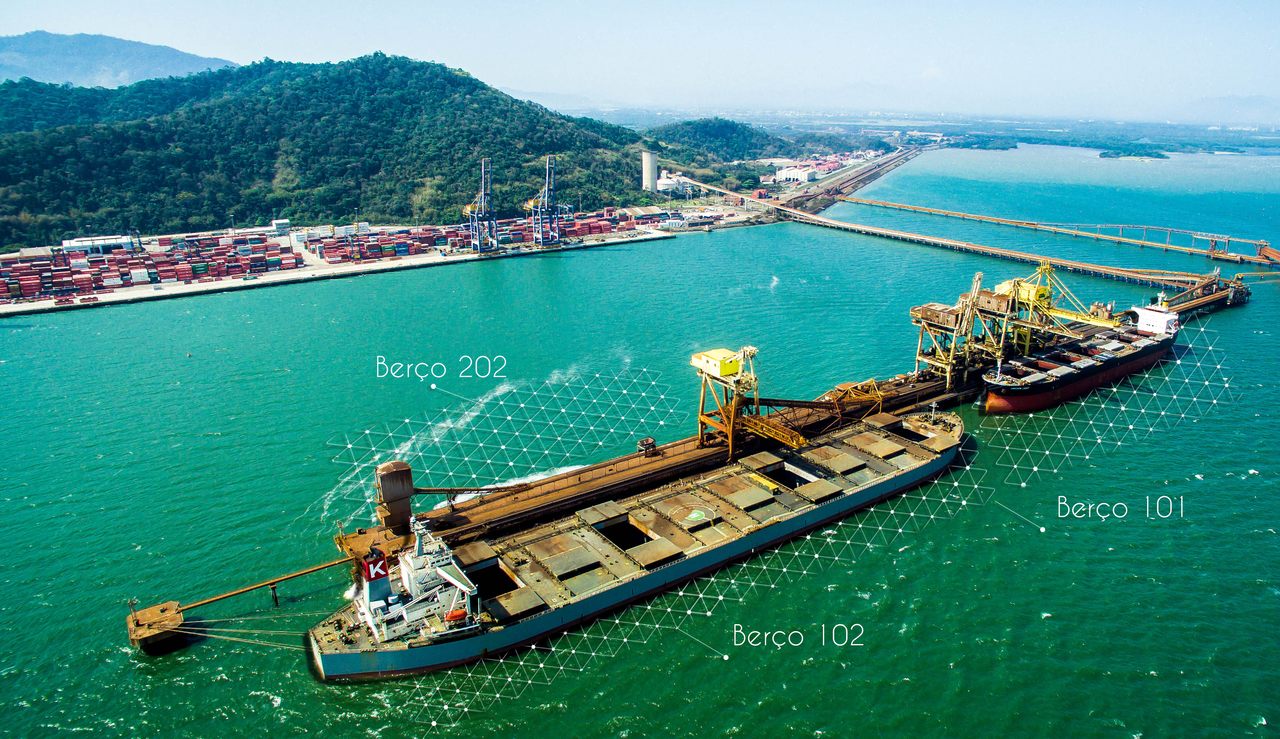 TECAR, located in the Port of Itaguaí, is the port terminal managed by CSN Mining.

Interconnected to the MRS, the terminal has an export capacity of more than 42 million tons of iron ore annually.

In addition, to complement CSN’s steel operation, the port has the capacity to unload 3.5 million tons of coal and coke.