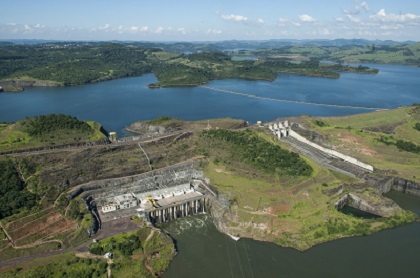 CSN Energia manages the Thermal Cogeneration Plant installed at Presidente Vargas Steelworks in Volta Redonda and the hydroelectric plants of Itá (SC) and Igarapava (MG). The Company is one of the biggest industrial consumers of electricity in the country, which places it in a prominent position alongside other electricity-intensive Groups.

CSN Energia is responsible for the interface between the needs that involve the consumption of electricity of the industrial units of the Group and Sector agents such as the Ministry of Mines and Energy (MME), the National Electric Energy Agency (ANEEL), the National System Operator (ONS), the Electric Power Trade Chamber (CCEE), transmission companies, distribution companies, etc. It also represents the interests of the CSN Group at Sector Associations such as the Large Industrial Energy Consumers and Free Consumers Association of Brazil (ABRACE) and the Brazilian Association of Investors in Energy Self-Production (ABIAPE). 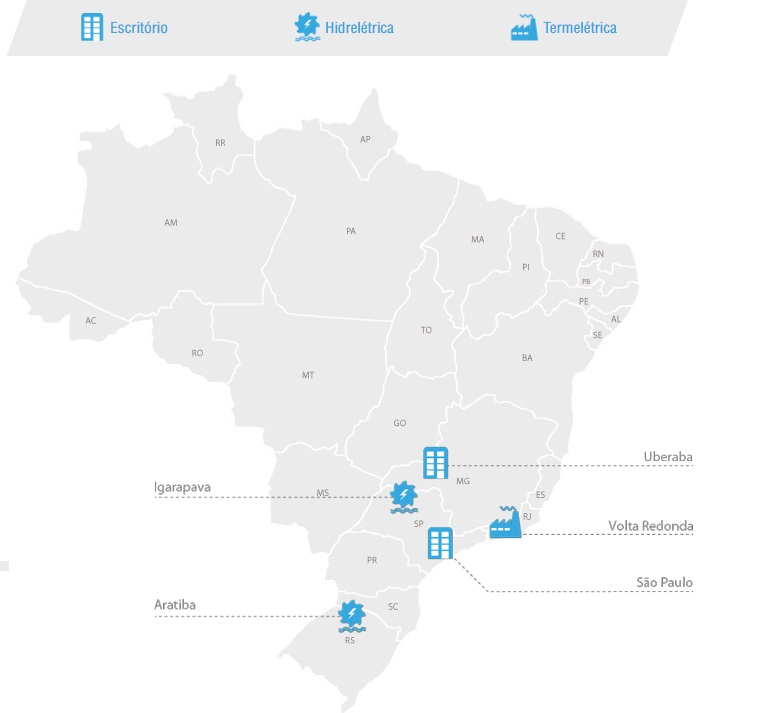 Stored in the reservoirs of hydropower plants, the water is transported through pipelines and makes the turbines spin, turning potential energy – stored in the form of water – into mechanical energy.

Once generated, the energy is transported to the place of consumption. For this to happen, the transformer has the function of raising the voltage to reduce losses due to heating of the wire.

The transmission system allows the transport of energy over long distances with high electrical voltage. The distribution system also reduces voltage levels of the delivered power, distributing it appropriately to different types of consumers.

Once distributed, the energy is ready to be used by several consumer segments, such as industry, trade, residential or rural areas.

The boilers use gas generated during the production of steel as fuel to transform water into high-pressure steam, which is subsequently flown into the blower turbo for the generator turbo.

The steam from the boiler goes through the turbo generator, generating electricity for steel production.

The blower turbo is a compressor that supplies hot air to the blast furnace.

The electric power generated at CTE is distributed by an internal energy distribution system and consumed in the plant.